An exploration of machine learning technology's ability to "see" and "style" images. 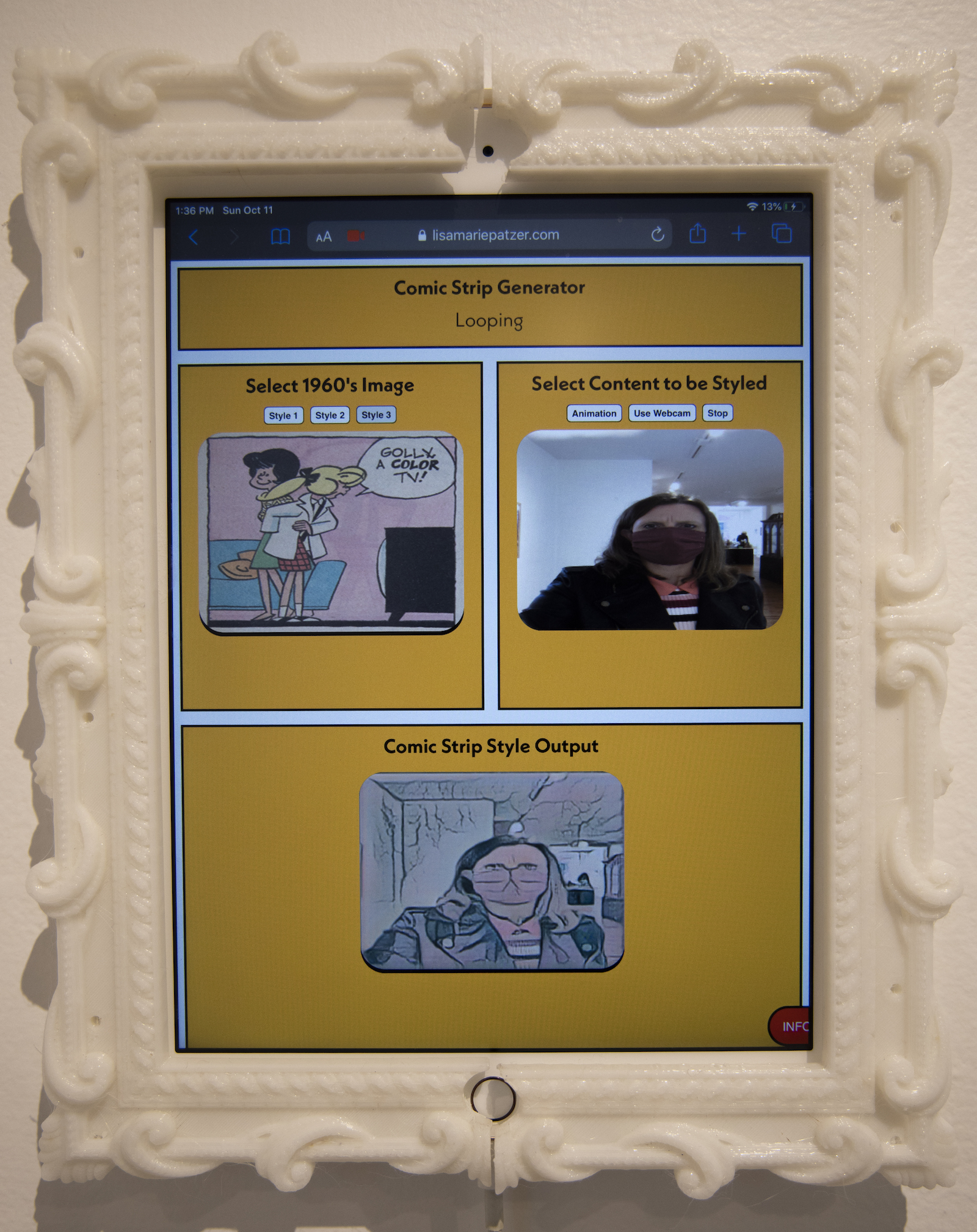 (This project works best on the most recent, up to date, modern browsers. The algorithm running on the browser is processing intensive. Best to have a strong internet connection. To see your own image styled, you will need to give permission for the project to use your webcam. To protect your privacy, no images are stored or transmitted.)


"Houses of Domestic Memory" is a broad creative look at historical technologies of the archive and the shift from analog to digital as well as from manual to automatic treatments of archival material.

Comic Strip Generator is one outcome of this inquiry.

Designed in collaboration with Doris C.C. Lin and Brandon Watz, this interactive project using machine learning programming to take the style from an input image and transfer it onto a second input image, creating a unique result.

The input images for Comic Strip Generator were sourced from media created during the 1960's. Option 1 is a still image from a home movie shot on 8mm film by a man who lived in South Philadelphia in 1965. Option 2 is a still image from, "The Last Word in Automatic Dishwashing," a commercial from 1950, and a single frame from the 1960's Dell Comic "Ponytail".

Exploring the interplay between technology and power  in the public sphere, Lisa Marie examines the ways digital communication  interacts with and influences agency, control, independence and automation.  Lisa Marie’s work pushes cinematic boundaries and provides viewers with an  unexpected and engaging experience. By expsosing and making visual the  aesthetic rules of technologies, her work sheds light on the language of hidden  structures of technological systems. A 2019 Pew fellow and researcher for the  Code / Art Research Program, Lisa Marie in 2018 became the first video artist  in residence at the Icebox Project Space, producing a large-scale exhibition  exploring the history of surveillance technology and the 4th Amendment.

Doris is a software engineer with a strong visual art and story telling background. Doris was born in Taiwan but now calls Philadelphia home.  Holding an MFA in Film & Media Arts from Temple University, Doris wrote,  produced, and directed films as a filmmaker, as well as designed sets for film  and theater as a set designer. While keeping her passion for filmmaking and  design, recently Doris extended her career to be a software engineer and is  interested in experimenting with the combination of art and AI technology.  Github Link: https://github.com/DorisCCLin

Brandon is a cinematographer, digital artist, and colorist. He teaches moving camera cinematography and color grading at Temple University. He  holds a MFA in Film from Temple, and a BS in Computer Science and Psychology from Tulane. He studied artificial intelligence at the University of Edinburgh  and worked in the Computational Cognitive Neuroscience Lab at CU Boulder.  He is interested in the intersection of aesthetics and technology, exploiting scientific tools toward artistic ends.

The machine learning programming utilized in this project is based on the arbitrary neural artistic stylization network work by Golnaz Ghiasi, Honglak Lee, Manjunath Kudlar, Vincent Dumoulin, and Jonathan Shlens. Reiichiro Nakano programmed the version of the fast
arbitrary style transfer network that runs on a
website browser. 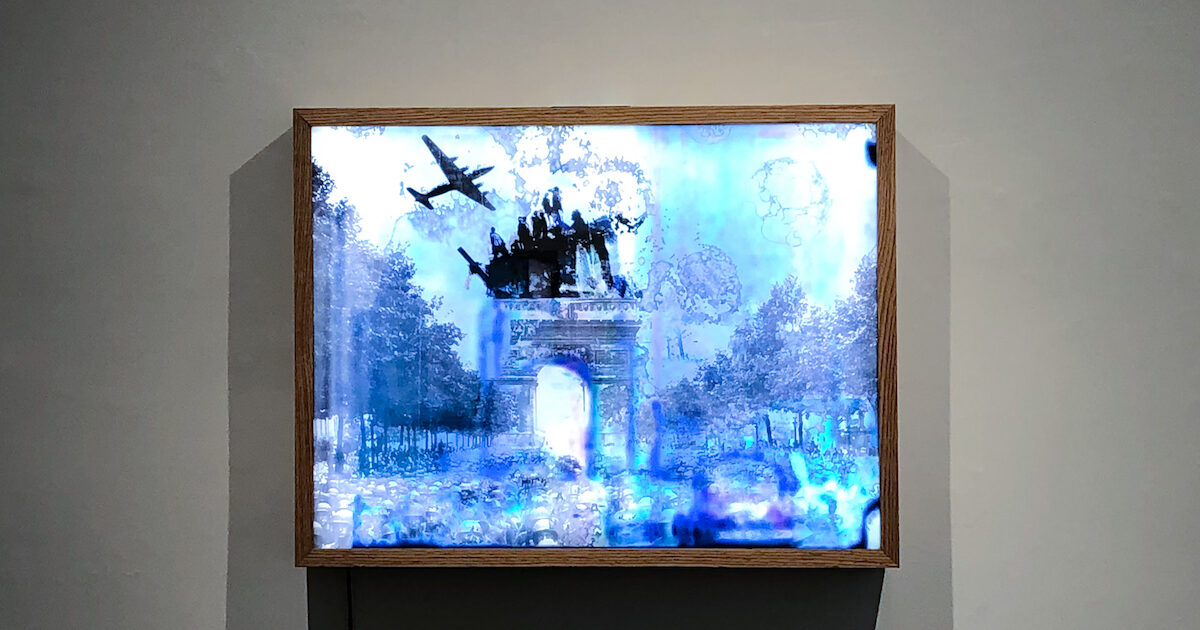